St Mary’s Church in Melbury Bubb, Dorset stands on a hillside deep in Hardy Country. In The Woodlanders, the hamlet is called “Little Hintock”. The little-known church contains a particular pre-conquest treasure – a well-preserved c10 Anglo-Saxon font of great beauty and intricacy of carving. Simon Jenkins calls St Mary’s a “single treasure church” and praises its extaordinary “lack of pretension”. This remains one of the few un-electrified Dorset churches, with oil lamps for light and a coal-fired stove in the nave for warmth. The solitary church at nearby Hilfield is another.

The interior has a carved wood rood screen and wooden ‘waggon’ roof. The stove and oil lamps are visible.

A quick glance at the font reveals that it is in fact upside down. The theory is that it is carved from the upturned base of a Saxon cross, perhaps a “preaching cross” that presumably predated the original early church building as a place of congregation and worship. The carvings appear to depict – possibly – a lion, a wolf, a horse, a stag, a dolphin or porpoise, and a couple of smaller creatures. It takes a bit of a leap of imagination, and of course the beasts may even be mythical rather than representational. However, the helpful memorial frieze on the wall certainly makes tentative identifications easier without having to crick one’s neck unduly. I thought I’d detected a fish of some sort, but it turned out to be an upside-down animal haunch… I have included photos of the documents that are on the wall by the font, which give additional information and historical interpretations about the “single treasure” 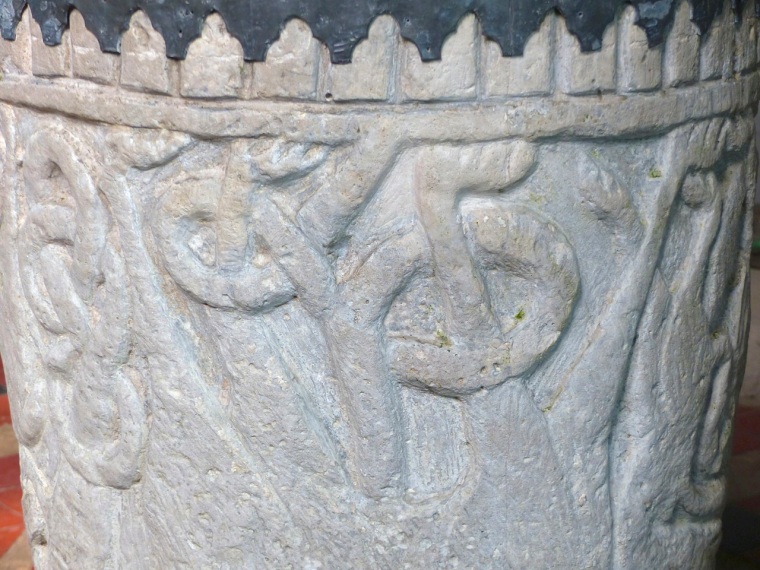 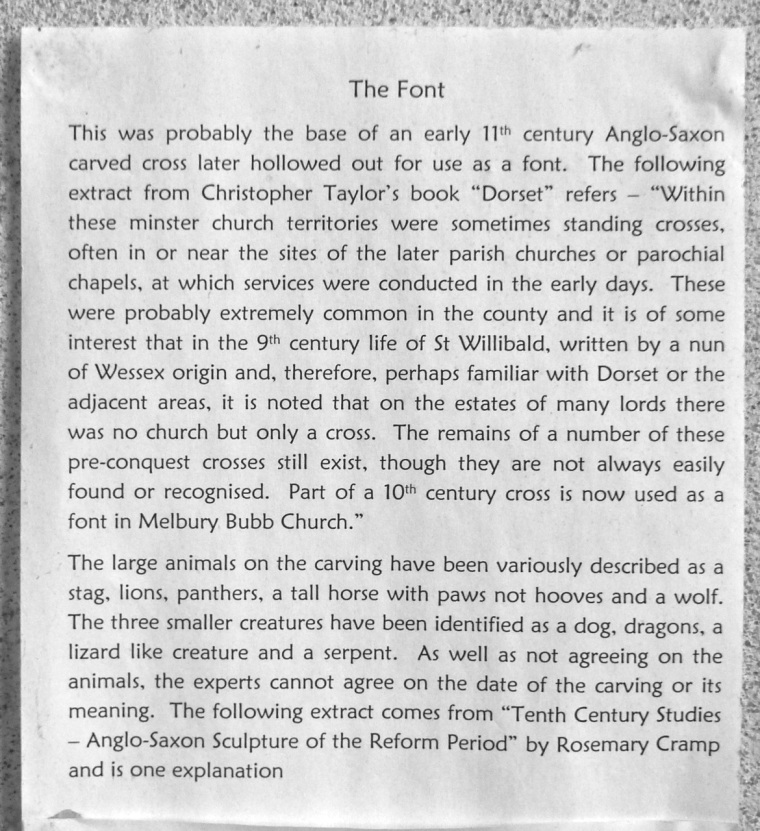 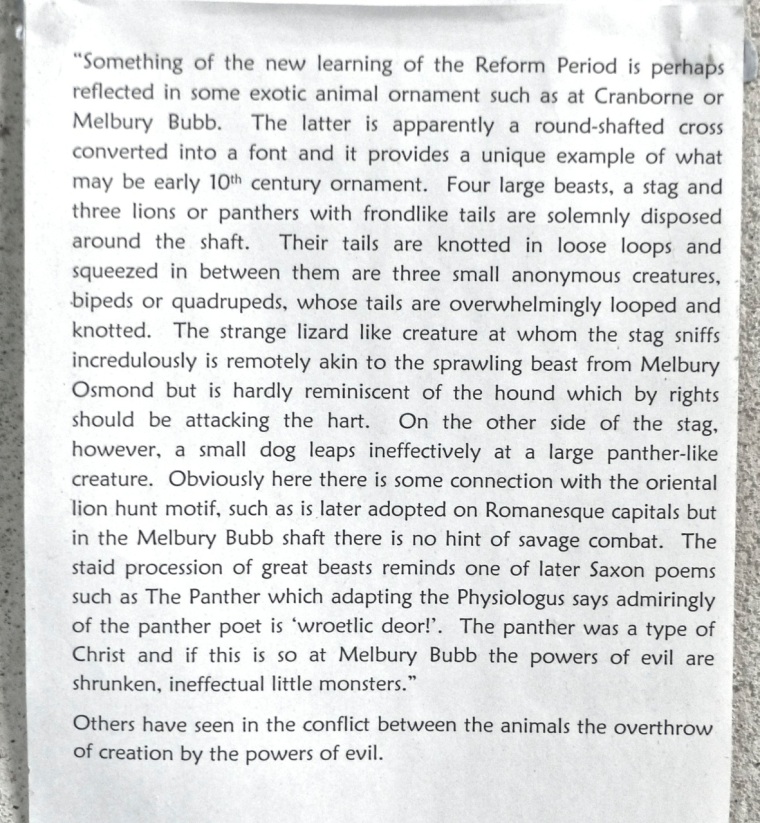 Two c17 tombs in the churchyard 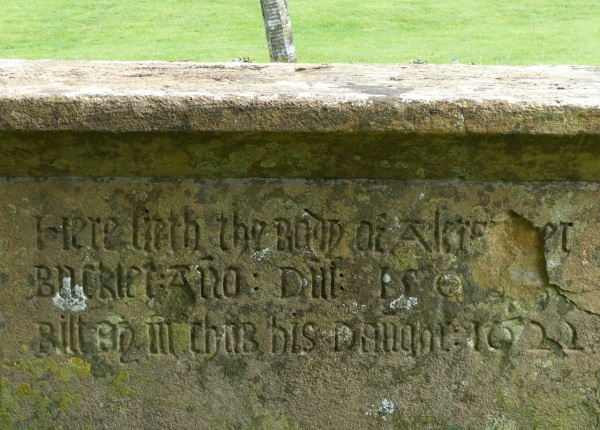 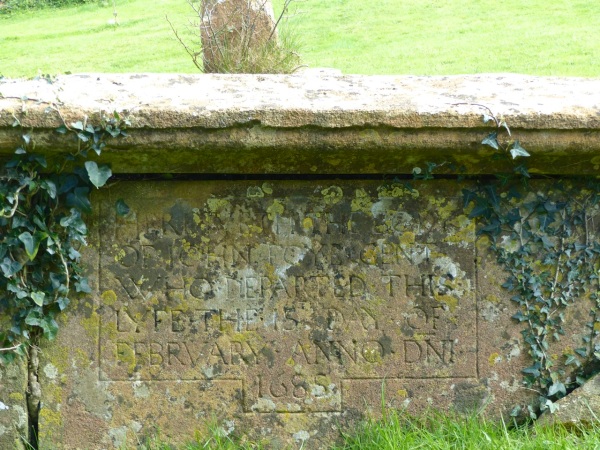