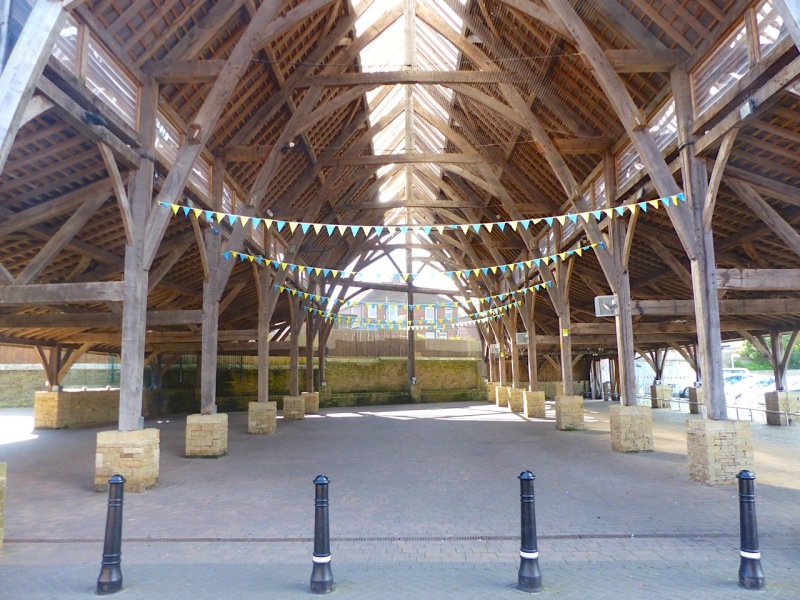 The historic market town of Penistone, South Yorkshire, lies in the foothills of the Pennines, in a farming area with its own rare breed of sheep. Records of the sheep market date from the c17. The Grade 1 listed church has a mainly c14 interior, with visible older origins. In the c19, the new railway brought prosperity and expansion; then Dr Beeching’s axe fell in the 1960s. The livestock market is long gone, but a general market still continues in a space now somewhat reduced by a Tesco store and car park. 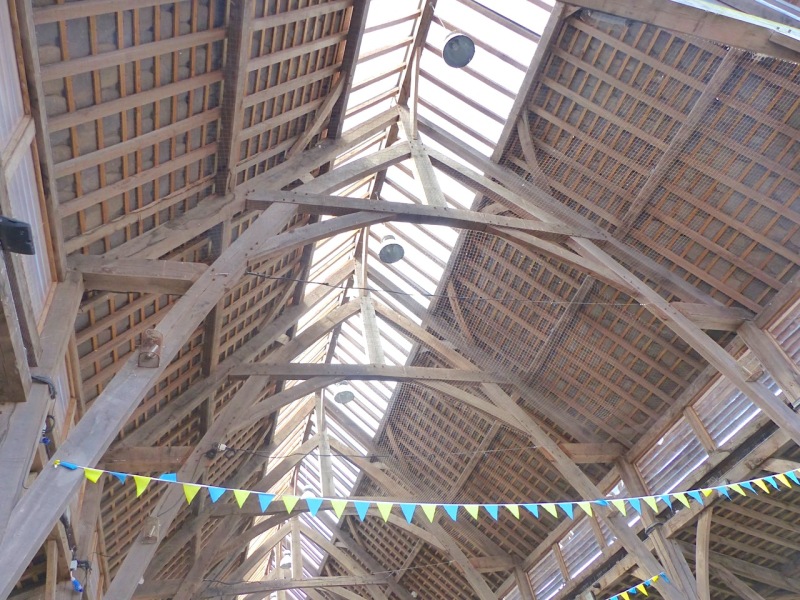 In 2011 a new and innovative building was opened in the town as a covered market hall. I say ‘innovative’, but in fact the splendid cruck building is made using techniques as old as the town’s church. Steel frame and mirror glass it is emphatically not. Built of oak by the firm Carpenter Oak of Devon, this striking building resembles a typical tithe barn of several centuries ago. The crucks, or curved timbers, bear the weight of the frames and beams that support the roof. The joints are held using stout wooden pegs. The use of such medieval building techniques in the c21 has produced a spectacular public space. The recently published Pevsner for Yorkshire West Riding includes the market hall in the entry for Penistone – and a photograph of it, an accolade indeed. 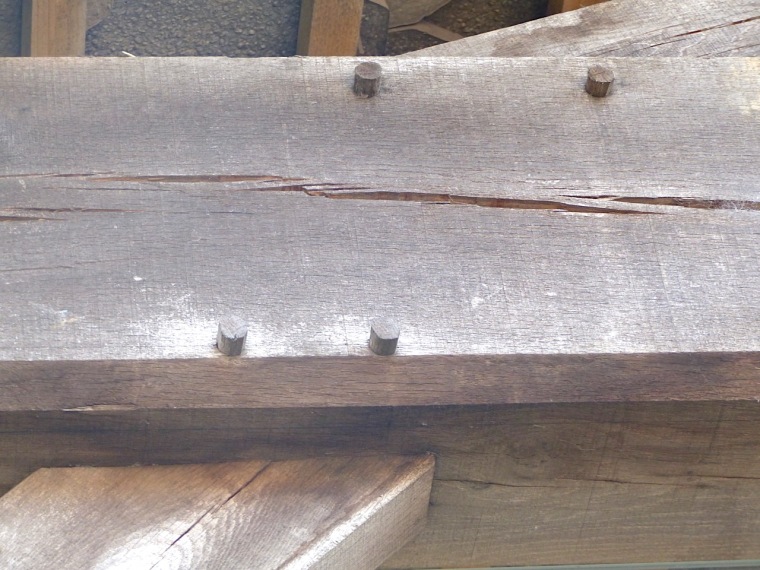 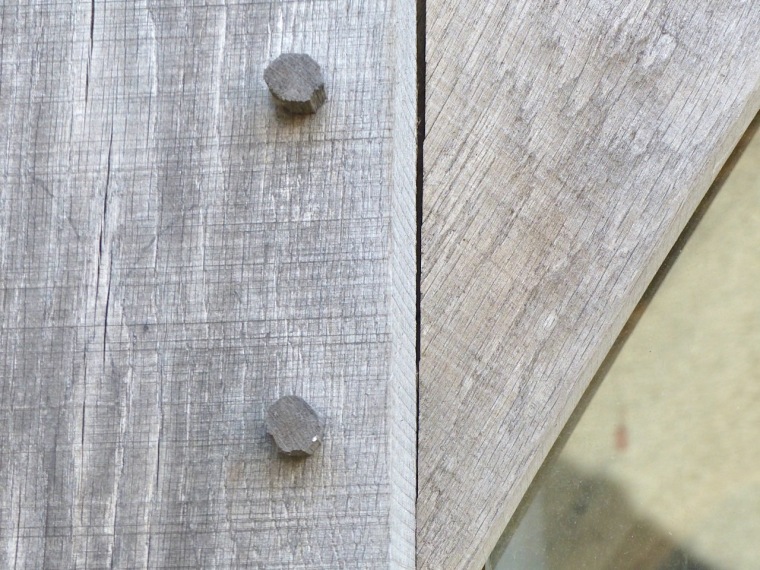 Most of the large timbers we saw were engraved with carpenters’ marks. These are traditionally used during the construction of wooden buildings. Their primary purpose is to identify the timbers, the component parts of the frame. Modified Roman numerals are mainly used. Some marks relate to positioning for joints or peg-holes. Sometimes individual carpenters will ‘make their mark’; but this is not such a common practice as it is with masons. 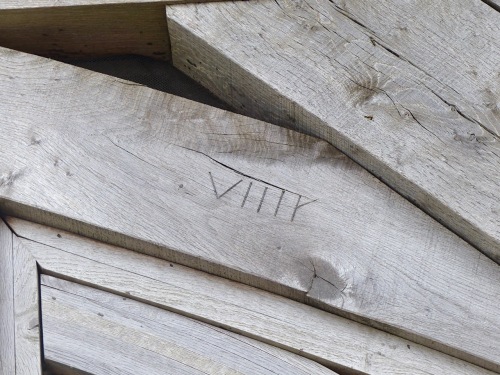 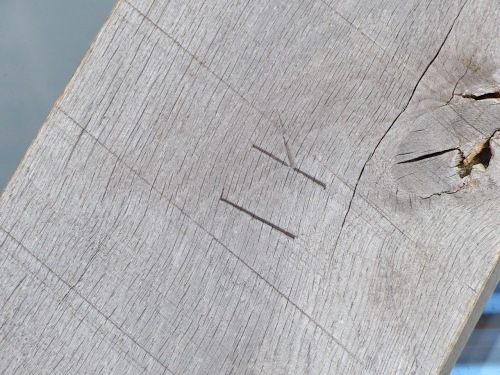 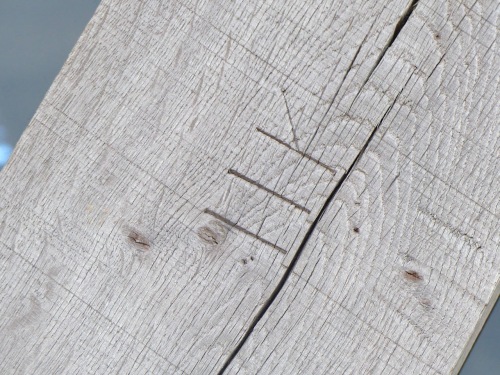 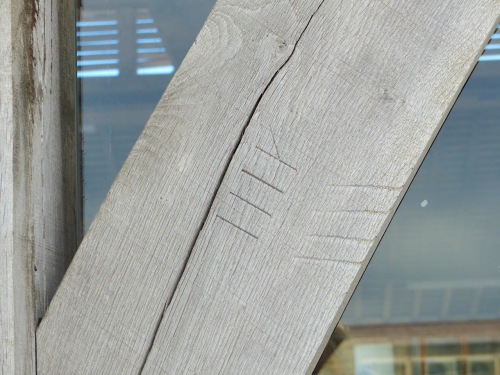 An interior timber denoted by a ‘roof’ 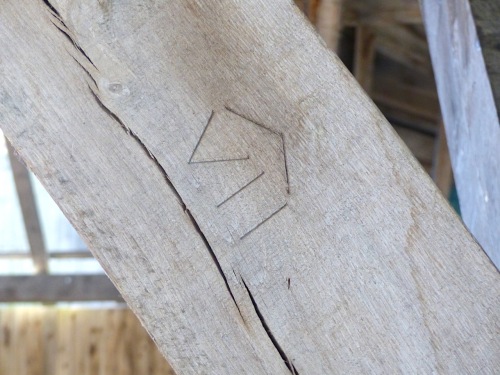 A couple of different marks from the front of the hall 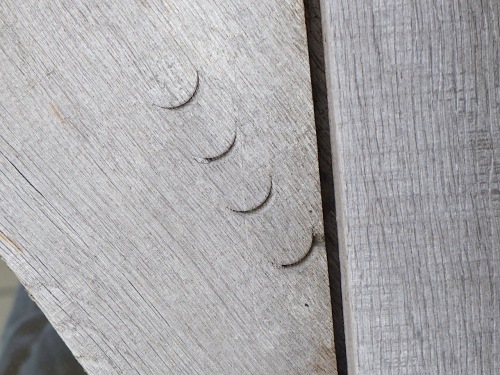 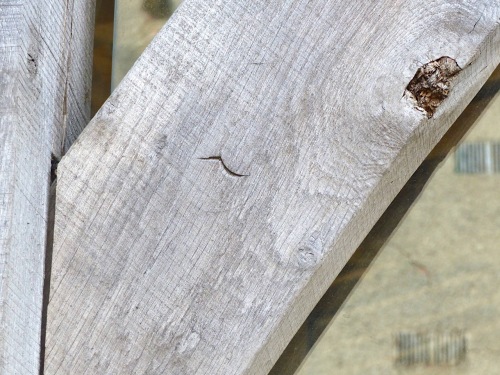 Only one thing detracted slightly from the pleasure of this new old building. Most of the handsome oak pillars inside have already been disfigured by graffiti, much of it lewd or anatomical in the classic c21 manner… 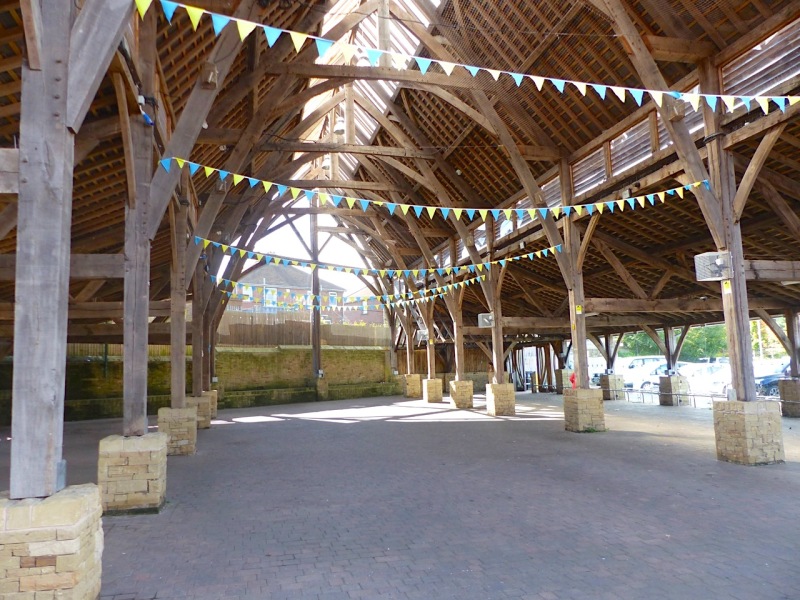