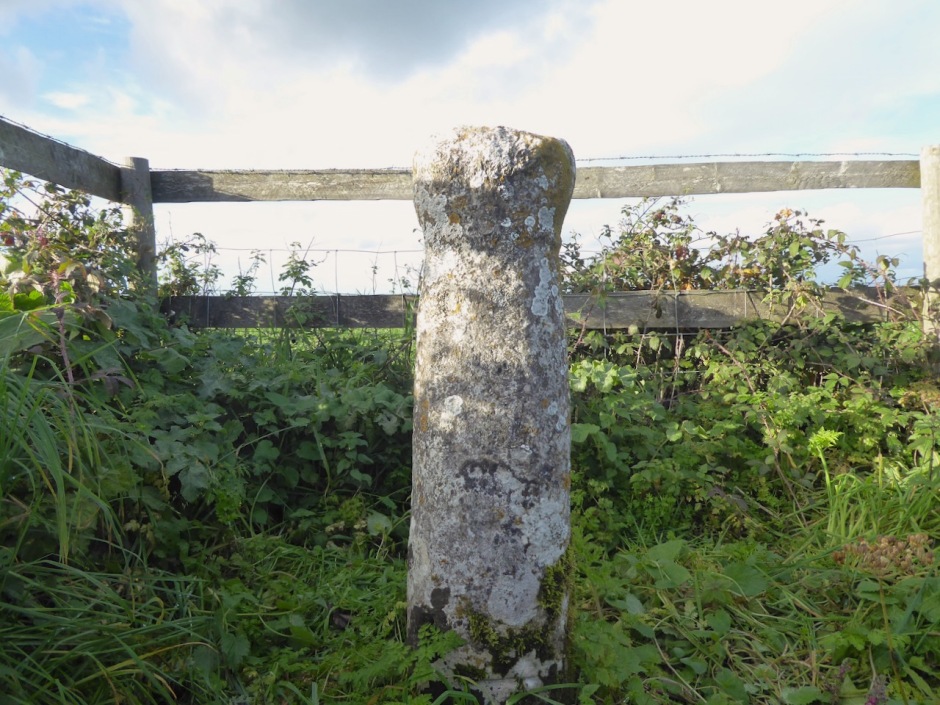 Batcombe in the heart of Dorset is a hamlet of farms, cottages, and a tiny medieval church with a fine stone screen. It is also the name of the long hill ridge that rises steeply above it. This is green and flinty Hardy country. Close to the roadside that runs along the top of the ridge is a small battered stone pillar, fairly recently awarded a small protective enclosure by Dorset Council. The spectacular 180º views from this spot on a clear day stretch to the Mendips, the Quantocks, and as far as Dunkery Beacon on Exmoor.

Many sources now describe this Grade II listed pillar as the Cross and Hand (the hand is now completely erased). In Hardy’s ‘Tess’ and locally, this ‘stone shaft with a rough capital, possibly pre-Conquest’ (Pevsner) is known as the Cross-in-Hand. 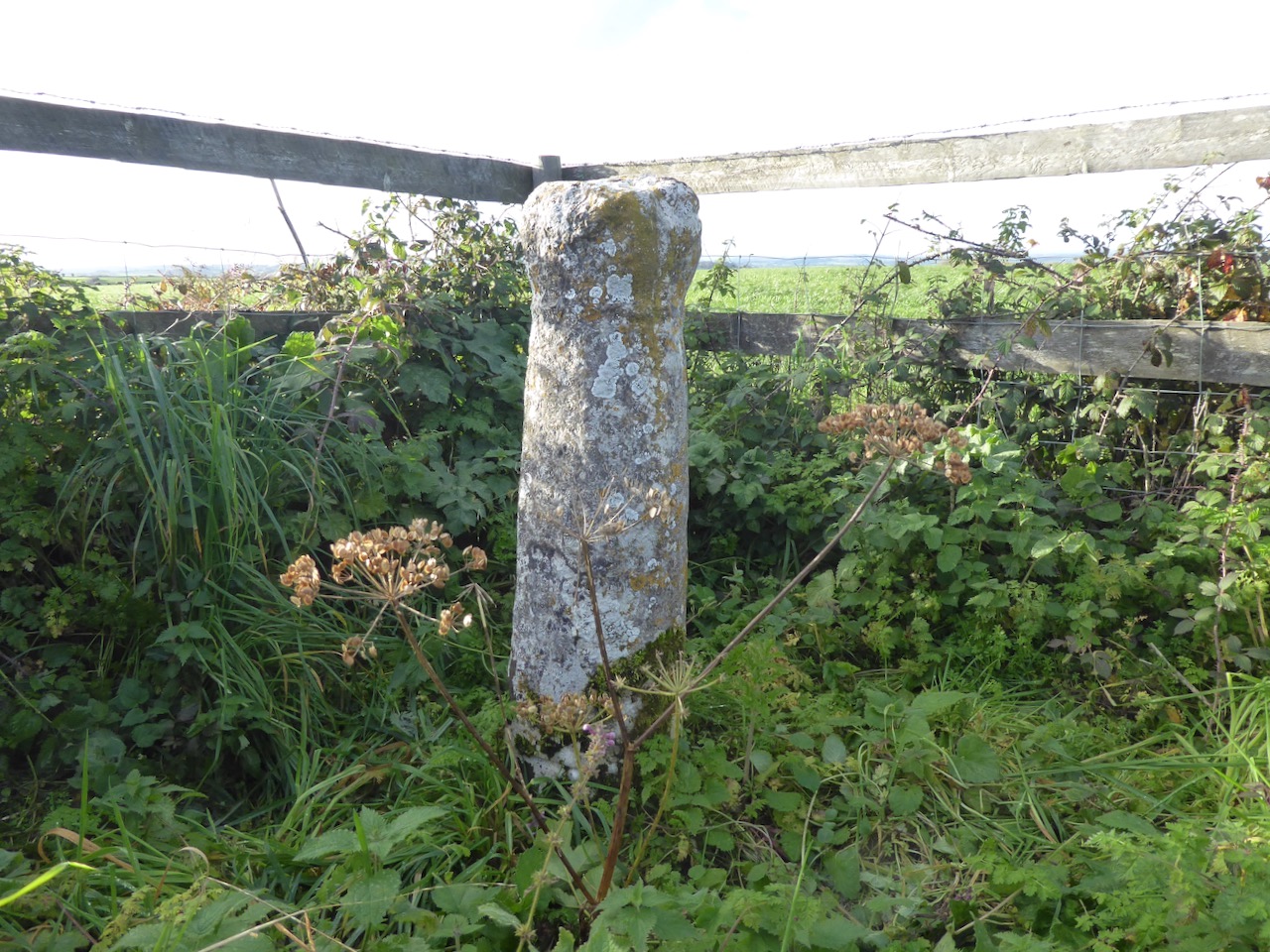 The `strange rude monolith’, as Hardy describes it, is a pivotal location in his novel. It is here that Alec d’Urberville makes Tess swear on the stone (as if had profound religious significance) never to tempt him: “put your hand upon that stone hand, and swear that you will never tempt me by your charms or ways.” Later she asks a local shepherd “What is the meaning of that old stone I have passed? Was it ever a Holy Cross?” To which the devastating answer is:  “Cross—no; ‘twer not a cross! ‘Tis a thing of ill-omen, Miss. It was put up in wuld times by the relations of a malefactor who was tortured there by nailing his hand to a post and afterwards hung. The bones lie underneath. They say he sold his soul to the devil, and that he walks at times.” Tess was, in the current meaning of an older phrase, ‘gaslighted’ (or maybe ‘gaslit’).

‘Wayside monolithic shaft, with necking and capital. Medieval. Stone monolith of oval form, crudely tapering. It is possible that this shaft belongs to the group of pre-conquest shafts of which the pillar of Eliseg (c6) is the best known; if so the capital must have been cut down. The hand said to have been carved on one face is not traceable.’ (RCHM) Scheduled Ancient Monument Dorset No. 137 / BLB

Additional notes: Ordnance Survey benchmark on the south side