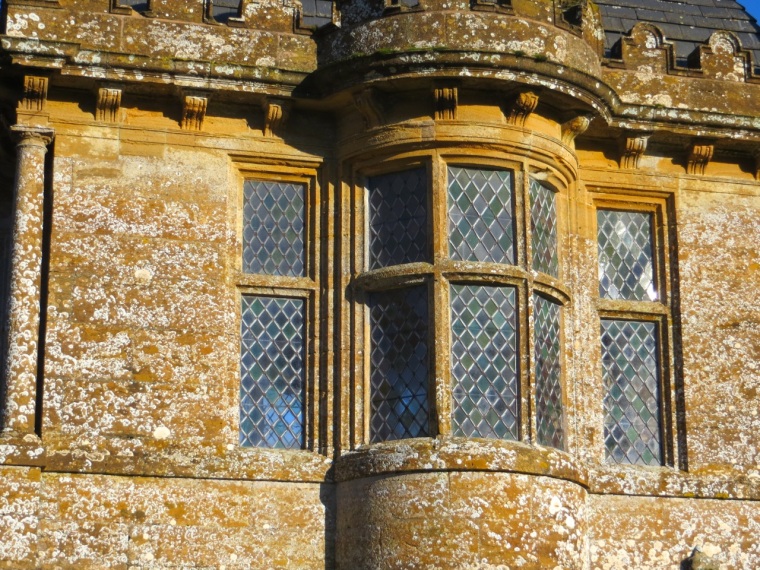 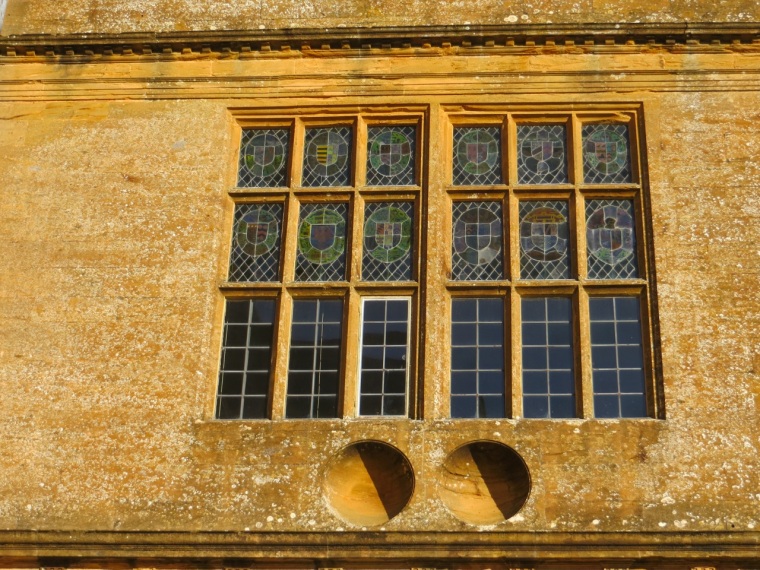 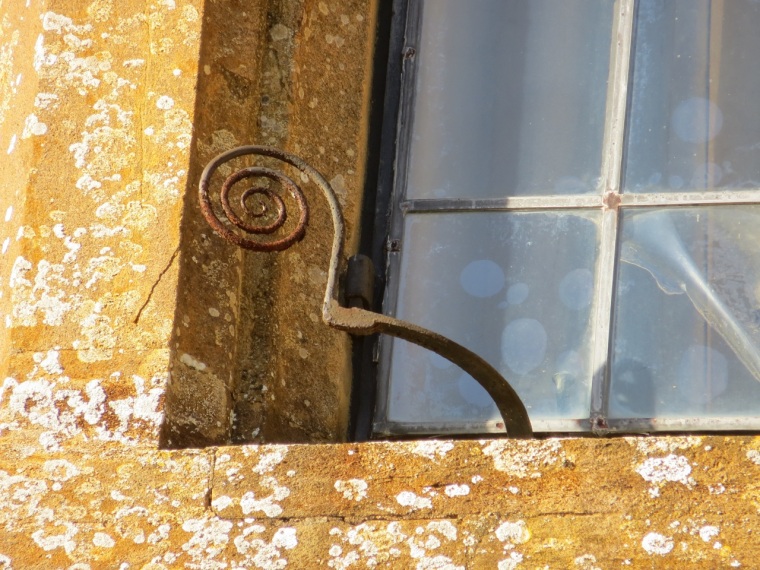 A MORE HUMBLE DWELLING IN DORSET WITH HAM STONE WINDOWS

THE PARK AND LONG RIDE IN JANUARY SUNSHINE 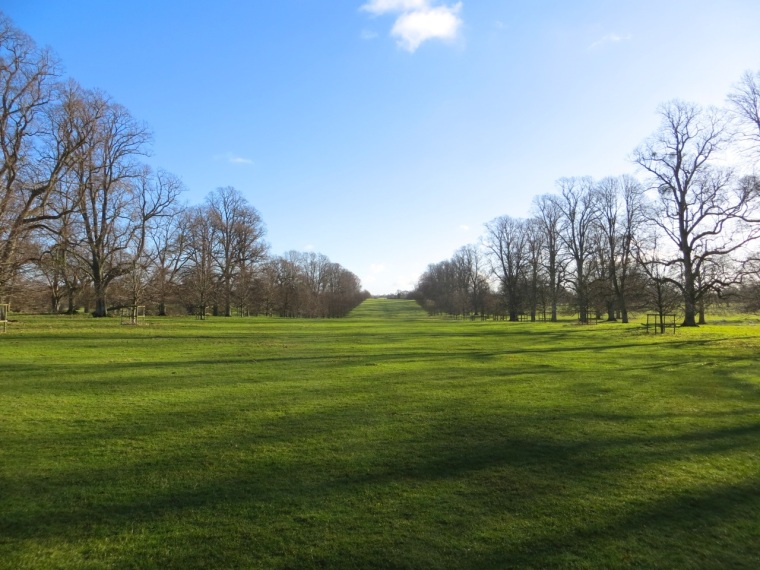 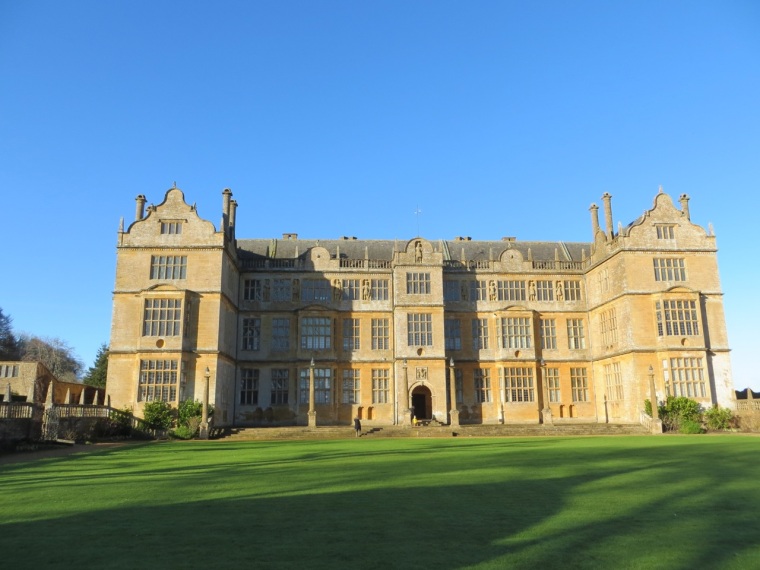 Montacute House is a late Elizabethan country house in Somerset, and is considered to be one of the finest houses from the Elizabethan era. It has survived almost unchanged. It was built in the 1590s from local ‘ham stone’ from the nearby Ham Hill quarries, a jurassic limestone known for the beauty of its honey-gold colouring. It remained in the Phelips family until the early c20, and became one of the first National Trust properties in 1927. By then it had largely been emptied of its contents. Today it houses an important collection of pictures from the National Portrait Gallery. Unsurprisingly the house and its grounds are much used for films and TV costume dramas.

A sunny day in early January was the perfect time for a family expedition to Montacute, including Genevieve (18 months, cute) who was more interested in the fish in the pond than anything else. 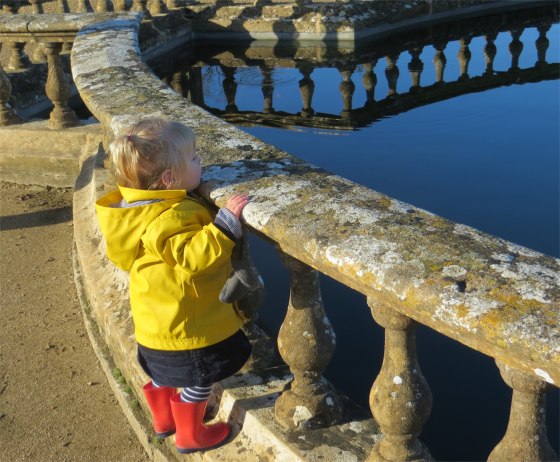 The Phelips Coat of Arms above the front door

A ‘welcome’ message that I suspect is not an original feature…

Adornments on the garden walls, the first presumably a fountain in days gone by 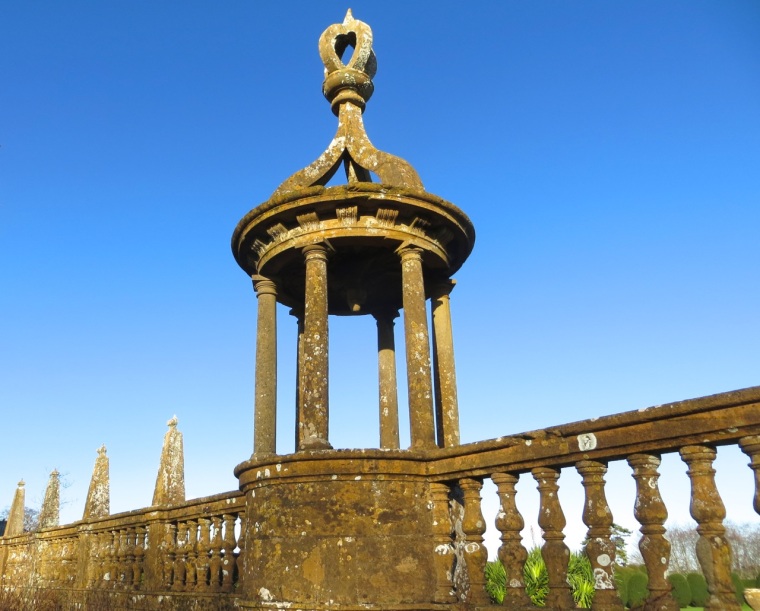 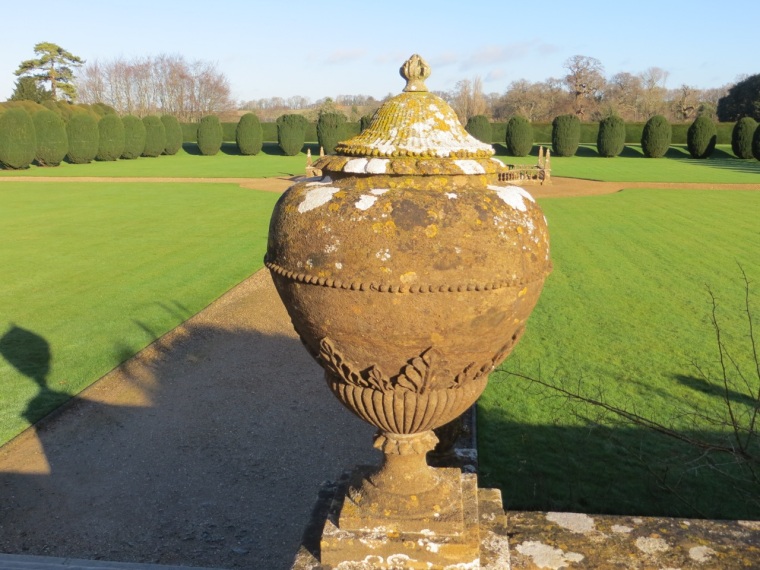 Part 2 will show some of the architectural detail of Montacute, and more of the gardens